For nearly three decades, the United Nations (UN) has been bringing together countries for global climate summits – called COPs – which stands for ‘Conference of the Parties’.

The upcoming COP27 is another chance for world leaders to address animal agriculture as a critical part of the fight against climate change.

Since the UN Climate Change Conference (COP) first started in 1995, climate change has become a global priority. The Paris Agreement, an international treaty on climate change, was signed in 2015 at COP21 by 196 countries with the goal to limit global warming to well below 2 degrees Celsius (preferably to 1.5 degrees Celsius) compared to pre-industrial levels by 2050. To do this, countries must set ambitious emissions reduction targets.

No one country can solve climate change alone – collaborative opportunities are needed to make meaningful and lasting change. These conferences are also a chance for us to keep raising the critical need to include animal agriculture in the plan to tackle climate change.

It’s time we address animal agriculture as the new coal

Phasing out coal has been highlighted as a critical step to combat climate change. At COP26 last year, 23 new countries made commitments to phase out coal power.

But despite the strong evidence demonstrating that animal agriculture is a significant cause of biodiversity loss and greenhouse gas emissions (GHGs), world leaders paid no attention to this issue when developing policies and commitments to combat climate change at last year’s meeting.

The upcoming COP27 is another chance for world leaders to address animal agriculture as a critical part of the fight against climate change.

Putting animal agriculture on the agenda at the United Nations Framework Convention on Climate Change (UNFCCC) in Bonn, Germany

The Bonn Climate Change Conference is a meeting of governments preparing for the official COP27 taking place in Egypt this November. This meeting was an important first opportunity to share data showing that addressing animal agriculture is key to combating climate change and keeping meeting the targets set out in the Paris Agreement.

Along with Humane Society International, we hosted a side event at the conference focused on how plant-based protein can significantly reduce greenhouse gas emissions.

Side-events such as these are vital in allowing us to build our public profile in the climate policy area, learn how to build influence, and evolve our messaging for this type of forum. 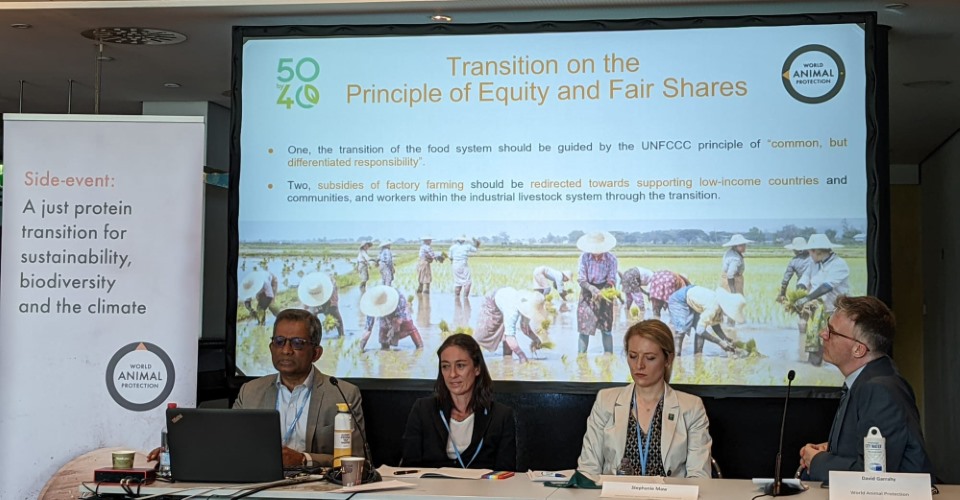 At the event, our CEO Steve McIvor highlighted the suffering of billions of animals trapped in intensive factory farms and the untold damage this causes to animals, human health, biodiversity, workers, and the planet.

This event boosted our profile and gave us an opportunity to speak with government representatives leading up to COP27 and beyond.

A call for a plant-based pledge

The event concluded with an urgent call for global leaders to commit to transition to more plant-based food systems through tools such as procurement, national dietary guidelines, re-directing subsidies, and ending industrial systems of farming.

Not only are billions of farm animals suffering in these systems, but countless wild animals also have their habitats destroyed by the animal feed trade that props up the cruel factory farming system. Animals are also increasingly the victims of climate change – being caught up in natural disasters caused by climate change and suffering from heat stress and other illnesses. 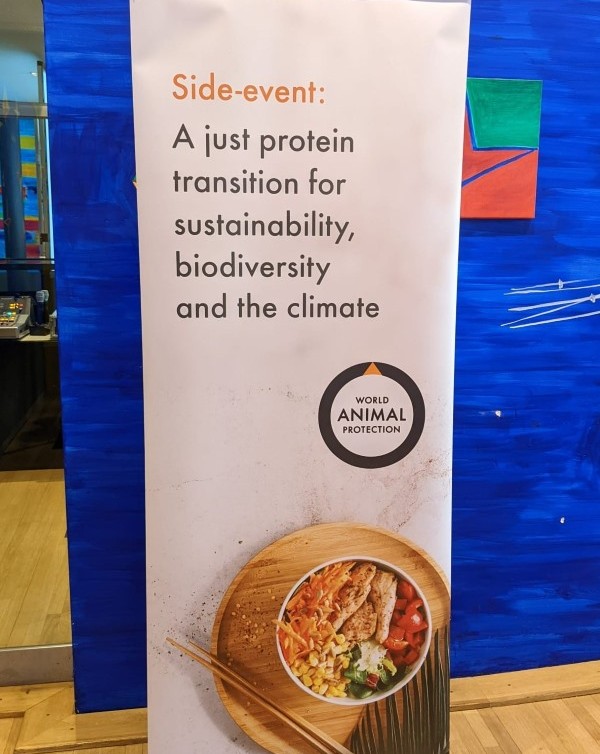 You’ve given South Korean bears a reason to rejoice 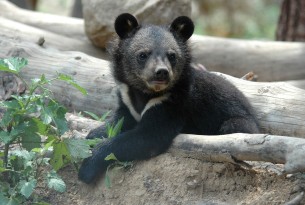 In January 2022, the South Korean government signed an agreement with the Bear Farmers Association and local animal protection organisations that prohibits... 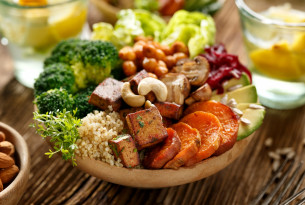 If you’re looking to eat more plant protein the supermarket shelves can all of a sudden seem mysterious or confusing. Your go-to shopping staples must be re-...